Is Ireland a good home for international students? 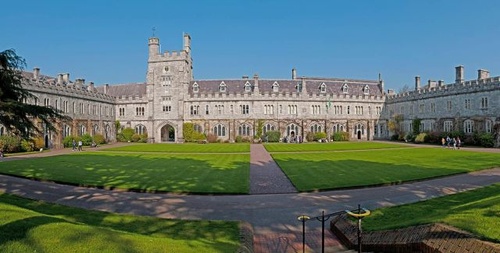 Since 2012 the number of international students from Africa, Asia and the Middle-East entering Ireland for mid to long-term courses has dramatically increased, perhaps by
more than 25%. What is the impact of this? Does Ireland provide an environment for students from Africa to thrive and further their education at Irish universities? How does the Ireland of today benefit from the influx of international students, including those from African countries? Consider the impact of their arrival from economic, social and a cultural perspective.

Whilst the social reasons for this change may have a root in Ireland’s warm-hearted approach to foreigners – particularly those who value the Irish education system – their approach is not purely sentimental. A report in 2016 by the Irish Times drew attention, not to what these students receive in the Irish educational sector, but rather that
potential profit for Irish education. It stated that international students are a “source of innovation, creation” and that they are the future “engineers, scientists, and graduates that can contribute in a positive way to campus life”.

What’s in it for Ireland?
It is not only the education sector that values the input of international students. Enterprise Ireland, a governmental organization set up to develop Irish business globally, has estimated that the financial benefit of international students is huge, amounting to up to €1,000,000,000 each year. As Ireland becomes more attractive to foreign students Ireland will continue to profit.

This has not gone unnoticed by educators and government departments alike, who actively work to entice further students and thus further investment – fees for non-EU postgraduate courses can be close to or more than €20,000 a year – by organizing events outside of Ireland to advertise Ireland’s high standard of education.

This is by no means a short-term goal of boosting the Irish education monetary purse. Back in 2010 when the International Education Strategy was launched, it came with the selling tag of: “Investing in Global Relationships”. This was more than a glance to the potential that greater opportunity for global business arrangements that could be made once zealous students return home. Irelands 2011 Africa Strategy business plan clearly expresses Irelands intention to build greater and more lasting business links with African countries and to use education as a method of building these good relationships now with the future in view.

International students paying tuition fees is seen as a very valuable source of income to the Irish government and could even provide protection to educational institutions could the state funding reduce in future times. International student investment is something that the government is strongly looking to encourage rather than discourage.

What is in it for the students?
Perhaps one of the biggest attractions to international students is the legal approval of working whilst studying, even on a full-time basis during some months. In fact, an international student who has undertaken an educational course that will continue for at least a year and lead to a qualification does not even need to consider a work permit to work 20 hours a week or less. During some months (June-September) this is
raised to full time work. Of course, some other requirements do need to be met, however it is generally possible for all students to legally work. Since the minimum wage in Ireland is currently set at €9.15 and considering the strength of the Euro this is an appealing benefit to many.

The social scene
International students from Africa who come to Ireland with strong English skills immediately find a level of comfort thanks to the warmth of Irish culture. However, even those whose English is not strong the opportunity for further improvement of their English skills is no doubt a pull factor. Since Ireland is the only natively English-speaking Euro-zone country it is an ideal place to come and make further improvement.

The effect of international students socially is not simply a case of them bringing a different culture, food and dress to Ireland and feeling welcome. Many countries have seen that zealous, ambitious goal-oriented students influence their wider surrounds. The above quoted report from the Irish times recognized this when it quotes one educator as saying that bringing in “talent from around the world” also brings
personalities and leaders that can “…educate our next generation of leaders and entrepreneurs and form global networks of influencers”.

Cultural contributions
The population of Ireland is centred in its cities such as Dublin, Cork and Galway. These have become very culturally diverse places and have become home to many international students. Ireland has a history of warm relationships with most countries, including African countries, and there is general respect for foreigners including international students. Students from Africa form part of the customer base that has
meant that more and more large supermarkets and even small shops are stocking items and foods that may not have been available even 10 years ago.

This extends into religious and lifestyle choices. Whilst Ireland may be famed as a Catholic country, it is now home to other religions such as Protestant churches, Mormons, Jehovah’s witnesses, Jews and Muslims. Religious centres and halls for these are found in most major towns and are easily found via simple google searches. Many Irish universities and educational institutes make special provisions for students of different religions by providing prayer rooms for them to use.

The findings
Yes, international students, including from Africa are flooding to Ireland – and for good reason. Whether your aim is a diploma or doctorate, Irish universities offer a very high standard of education and education is led by a strong entrepreneurial spirit. Further, the Irish government is realising the value of international students and is looking to attract them at every opportunity. If you are considering higher education abroad, perhaps in a country where the English language is a first language, and where you can support your stay with employment. Ireland can strongly be recommended as a top option. Ireland truly is a land of opportunity for those seeking to benefit from and
employ educational opportunities.

If you want to live your dream of studying overseas contact us today to start a hassle free application process. Do not be left behind.